How to pick the sweeper that makes people really good?

The sweeping robots, whether brand or function are very much, plus some strange monikers more baffling, different prices are really dazzling. So I decided to put together my own research, so that more partners to buy the beloved sweeper, find it useful please collect, like!

This article is divided into 4 main parts, respectively.

If you want to copy the homework directly, you can skip to the fourth part ha. Here the body begins, first to introduce the industry's brands.

Lefant: Lefant is a High-tech company which is specialized in the development and large-scale manufacturing of service-oriented robot technology, and committed to becoming the world's leading robot enterprise.

Coors: A Chinese robotics company with technology that is now at the forefront of the world. Now it has far surpassed the stone.

Stone: the early years and Xiaomi cooperation, become the industry leader, but behind various reasons, has now been overtaken by Coors, technology and market are not as good as Coors.

Xiaomi: after the separation from the stone, there are not too many fine products. The earliest sweeping robot generation and sweeping robot 1s is not bad.

Cloud whale: a breakthrough, not orthodox sweeping robot, strictly speaking is both sweeping function of the mopping robot, the most powerful is the "automatic washing mopping" skill point, sweeping dragging combination is very powerful.

Irobot: the United States brand, good technology, but the product premium is very high, the tycoon can still be considered

Sweeping robot parameters are numerous, but the core on two, one is the ability to clean, the other is the degree of intelligence.

Let's start with the sweeping function. The way a sweeping robot cleans the ground is by brush (gathering garbage) and by suction (storing garbage). 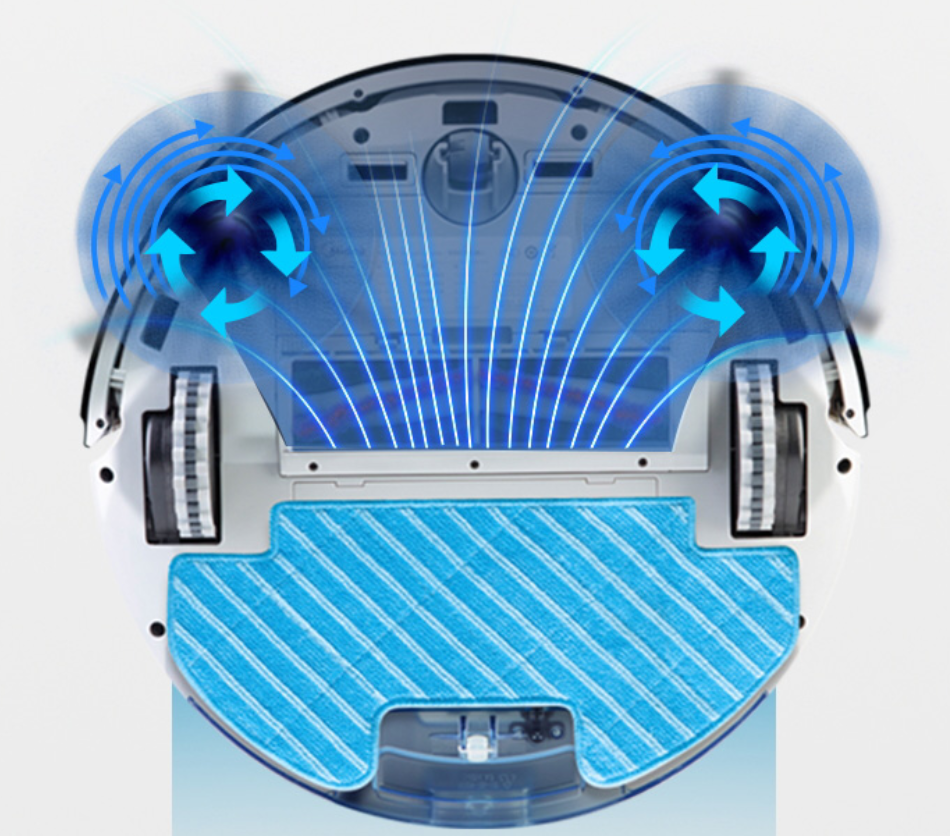 The mainstream of the market is the floating roller brush, but there are exceptions, such as cloud whale suction mouth type and irobot's double rubber brush roller brush.

The roller brush type will be a little better than the suction mouth type, because the working principle of the sweeper is to sweep first and then suck, roller brush type in addition to the side brush more than one level, but also to assist the garbage near the vacuum port, thus enhancing the cleaning ability.

But the suction mouth type also has the advantage of not having to worry about the problem of hair entanglement ~ so the family has pets or more hair on the ground can get it.

Just mentioned the hair entanglement, because the brush is rotating inside the brush head, it is really easy to tangle, so there is irobot's double rubber brush roller brush, simply anti-tangle and maintenance-free, from the actual effect is indeed a lot of convenience.

This is not accurate, the size of the suction power does not indicate the actual effect of good or bad. Although many businesses will promote this selling point, but the number of people do not have to be too entangled, the following 600 yuan sweeper have 4500pa suction, so ~ this value does not represent the actual effect. 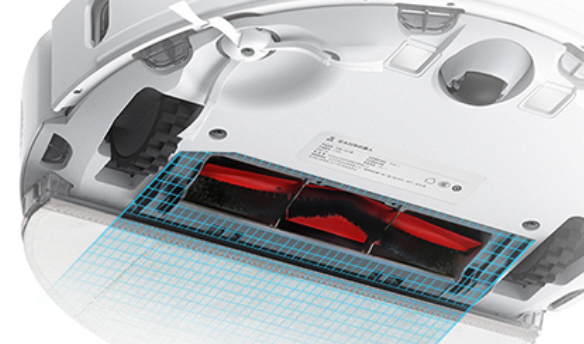 Here explain why this data reference is not very meaningful, because the robot is internal air duct optimization or air leakage phenomenon, which will seriously affect the actual suction power of the sweeper, unfortunately, air duct optimization is also not a standard, so it is not good judgment. The labeled suction power of the market sweeper is 1500-2500Pa, but of course a larger value is also good.

Over the barrier ability

For families with babies, the mopping function is what is most just needed.

When it comes to mopping, the first thing you can't do is missing the type of wipe. There are currently two main types of wipes, one is washable, one is disposable. Disposable without the hassle of washing the mop, but the single cost in 1-2 yuan, cumulatively not very cost-effective.

Stick to the ground strength

A very important parameter for mopping, but robot manufacturers never give us.

This should consider the capacity and type of water tank, capacity depends on the size of the house to choose a good, type of words to pay attention to the choice of electronically controlled water tank.

Bionic water tank will be passive natural seepage, there may be soaking bad baseboard, electric control tank can be electrically controlled leakage, there is no such trouble. But the high-end models are electronically controlled water tank, this actually can not pull the gap. 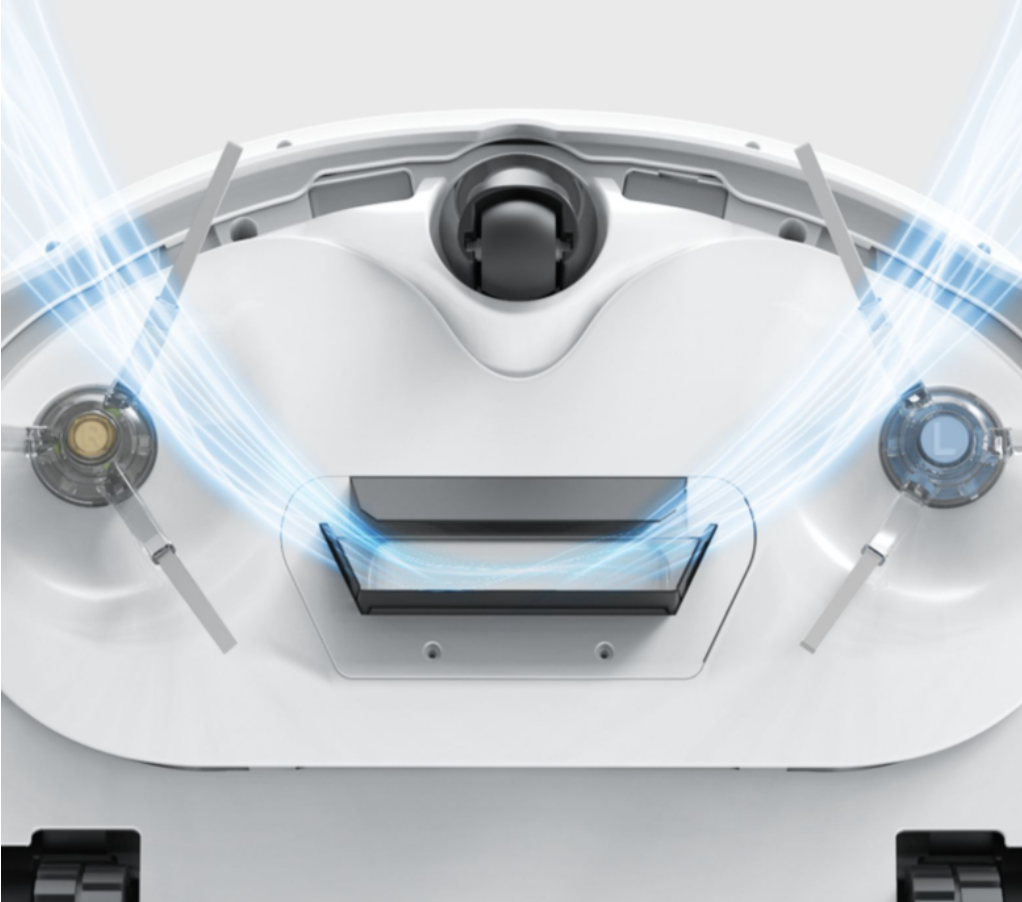 In addition to the strength of the ground, there are some features to enhance the effect of mopping. From the effect of weak to strong effect are: imitation artificial repeatedly make mopping, under pressure mopping, reciprocating high-frequency vibration mopping, rotary mopping.

Compared to the optimization of cleaning ability, the degree of intelligence is the most difficult, which is the reason that Xiaomi emphasizes parameters such as suction power, Coors instead emphasizes algorithms, navigation paths and other parameters.

Relying on the information obtained by gyroscope and accelerometer to calculate the position information of the sweeper to achieve planning and cleaning. However, the accuracy will decrease with the increase of walking time and distance, and the later error will lead to repeated sweeping and extremely low efficiency. Is the earliest technology, most models have been abandoned. General sweeper head on the bare is to use the gyroscope positioning.

Through the installation of the camera to capture the picture information to obtain the location of the sweeper, direction and other environmental information, through data processing, to establish the environmental model. This kind of threshold and technical difficulty is low, so there are many such models on the market, but visual ranging will show the phenomenon of position drift, positioning will produce deviations, plus due to the light conditions, the effect will be greatly reduced when working at night, except Irobt

Through laser distance sensing scanning the whole room, when touching obstacles, the built-in sensor of the machine can build a room map according to the pixel number, and build a map in real time to locate and clean. The current very good navigation method, ranging and positioning performance is more excellent compared to the first two, most of the high-end models are used in this way. But the same, there are still several disadvantages, such as the need to work 360 ° constantly rotate the laser probe, easy to damage, plus encounter dark objects, light reflection will also be affected by the error. Flawed, although there are certain shortcomings, this is still the most stable and mainstream positioning navigation method on the market.

By detecting the flight (round trip) time of light pulses to get the distance of the target object and then obtain the 3D imaging of the object, dToF navigation as the main navigation system of the sweeping robot in the industry application is the first time.

DTOF is the technology first applied by Apple on the ipad, later Coors used it on the sweeper, which is considered an upgraded LIDAR. It from the technical principle will have advantages over the original navigation technology, higher accuracy, detection distance, but also has the disadvantage of being very expensive, but high-end flagship models have begun to support this.

Just said the gyroscope, camera, laser probe, etc. are hardware, that the navigation algorithm is to decide whether the software part of the sweeper is intelligent. Sweeper with SLAM (simultaneous localization and mapping) algorithm, mainly divided into two major branches.

Laser SLAM (Laser SLAM), on behalf of the brand: Neato, stone laser SLAM is through the rotation of the laser emitter constantly emit laser, and through the built-in infrared camera to shoot the reflected light and imaging, the use of geometric ranging principle to measure the relative position of the object and the machine itself, according to which the map of the complete border and determine the location of the machine in the map.

Apple used for face recognition of that technology, is currently used by Coors on its Coors T8max/T8power, can be more accurate to get the 3d image of near objects. The actual effect of obstacle avoidance and visual recognition is very close.

But the problem is obvious, infrared light in transparent or translucent obstacles with strong penetration, will pass directly through the transparent object itself without any echo, while not in front of the dark obstacles correctly received infrared reflection signal, resulting in a relatively large deviation.

The Robot Vacuum Cleaning Robot seamlessly navigates room to room to clean an entire level of your home, recharging and resuming until the job is done.